Meet Boris and Mike – the authors of Quizmaster

It could be said that Mike and Boris helped to start the whole online quiz industry.

They’ve been in the quiz industry since 2003 (a near-eternity in ‘internet time’) and set up the European operations for Tickle.com.

Back in the day, Tickle was one of the 30 largest websites in the U.S., and offered popular quizzes such as:

Founded by Harvard graduates James Currier and Rick Marini, Tickle was born out of their frustration that despite the dot.com boom and the rise of internet tools, even a prestigious university like Harvard still required its students to take a career aptitude test on paper instead of online.

Their initial attempts with scientific and more serious tests failed to gain a lot of traction, so the company changed direction. Tickle went massively viral when they published the now-classic “What kind of dog are you?” personality test in 2002.

Tickle leveraged a staff of psychologists to create quizzes and made money by either:

And it worked – Tickle absolutely crushed it. The job board Monster.com bought Tickle in 2004 for over $100 million which led to Boris running Monster’s Internet Advertising division in Europe for six years.

Quizzes have always been an effective marketing channel – but the successes of companies like PlayBuzz and Buzzfeed meant that they are found everywhere on the web. These companies are massive viral media powerhouses thanks to millions of readers sharing their fun quizzes and tests.

But Mike and Boris noticed that for most companies and small businesses, it was still too hard to get a quiz running on their own website or blog.

Sure, it was possible to just create and embed a quiz using PlayBuzz – but each creator would also:

Boris and Mike set up Riddle to solve this problem for the world’s marketers and publishers. They wanted to give everyone the ability to create fully white-labelled quizzes in an easy to use interface – then embed them everywhere.

With clients from the BBC to Macy’s and the Chicago Bulls, Riddle’s has been changing the online quiz creator space.

Now these two quiz gurus are excited to bring their 25 years of quiz creation expertise to businesses big and small – and demonstrate to use quizzes to growth hack to dramatically increase: 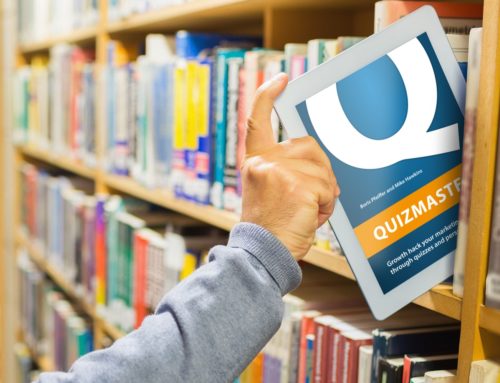